Condensation, and its ugly cousin Mould, are unfortunately an all too common problem in many buildings.  Happily, both issues are simple to avoid in new buildings through the use of good design.

Air generally contains some moisture in the form of water vapour – it’s a component along with oxygen, carbon dioxide and several other gases.  The amount of water vapour in a given bit of air varies – when there’s a lot we say it’s humid.  When there’s not much it can feel too dry and cause itchy eyes and even skin problems.  This means that there’s a happy medium that designers should try to achieve for good indoor air quality.

The maximum amount of humidity that can be held in the air changes with the temperature of the air.  Warmer air can hold more water vapour than cold air.  This means that if we take a volume of air that is at, or near 100% RH, and cool it down, the air has to dump some water vapour because you can’t have more than 100% RH.  So, if you have fairly humid air, for example in the bathroom after a shower and you put that next to a cold surface such as a single-glazed window, that surface will cool down the air next to it.  This reduces the carrying-capacity of the air, and the excess water gathers into droplets on that cold surface creating condensation.

It’s not just single glazing that can lead to cold internal surfaces.  An important aspect of low-energy building design is avoiding thermal bridging which increases heat losses, but also reduces internal surface temperatures.  Thermal Bridging occurs wherever there is a discontinuity in insulation.  For example, a badly designed balcony might have to be supported by a steel beam that connects to the main structure on the inside of the insulation layer.  Steel conducts heat about 1500 times better than typical insulation, so even a small area can have a huge effect on heat loss and reduce the internal surface temperature to dangerous levels that can lead to moisture problems.

The Problem of Mould

Mould is a more common problem than running condensation.  The reason being that mould can begin to grow at humidity conditions that are less extreme than those necessary for condensation to form.  Typically mould can start to grow at RH levels of 80%, which is well below the 100% saturation level required to actually get condensation.  The surface in question is key; wall paper and plaster are more susceptible than metal and hard plastic surfaces for example.  It gets even more complicated than that; being a biological phenomenon, the growth of mould depends on other factors such as temperature, and the time spent at different temperatures and humidities, the number of spores present and so on.

So apart from a top-quality thermal envelope, what else can be done to avoid mould and condensation?

Heating and ventilation are key factors.  A Passivhaus quality thermal envelope will require only very minimal heating to maintain comfortable conditions, but less highly performing buildings should also have suitable systems.  Ventilation is essential to control pollutants in the indoor air – to remove CO2 (and replace it with oxygen for breathing), odours, Volatile Organic Compounds from various sources such as paint, packaging materials (and mould!), and of course water vapour.

With respect to VOCs and CO2, we generally want as little as practically possible, so it’s easy to assume that the more ventilation, the better.  There’s an energy cost to this, in terms of the heat contained in the stale outgoing air and maybe in turning some fans to shift the air (see M for MVHR!).  However, when it comes to humidity, the same is not true – if we don’t have enough moisture in the air, it can also be uncomfortable and create other problems such as increased Ozone production.

What can Goldilocks Teach us About Ventilation Design?

A good ventilation design will strike a happy medium, ensuring the humidity levels remain in a ‘Goldilocks’ zone – not too dry, not too humid… just right!  To do this, the design must consider how much moisture is released inside from breathing, cooking, showering and so on, as well as the range of likely weather conditions for the location in question.  Some systems will adjust the ventilation rate minute by minute to deal with the moisture loads very precisely.  This is often a good idea, however it does add a degree of complexity, and in some situations an ill-considered system could end up actually bringing in more moisture – at the time of writing we’ve just had the warmest days on record for October, coupled with damp conditions outside.  This can mean that more ventilation has the effect of increasing Relative Humidity inside, and wasting energy turning the fans unnecessarily fast.

In new buildings, there is no excuse for not achieving an excellent, thermal bridge-free thermal envelope and a ventilation system that controls the internal environment within the Goldilocks zone of humidity.  With existing buildings, the challenges are often greater, but the physics is universal (that’s the thing about physics…).  Moisture can get into a building from many different sources, and it’s hard to track down exactly what the cause of a moisture problem is. This is often not helped by the fact that liquid water can trickle a long way from its source, hidden within a structure, before presenting itself in the form of a horrid stain or annoying drip.

So What Should We Conclude?

Condensation can occur inside a structure as the result of an ill-conceived build-up or a failure of some sort.  But often, mould and surface condensation are the result of cold internal surfaces, and/or poor humidity control inside, and the best solutions are carefully considered insulation, improved ventilation systems, or both.  Sometimes, historic buildings just can’t cope with our modern lifestyles; higher standards of comfort in terms of temperatures and avoiding drafts, more showers and cooking – even a lack of servants to tend the open fires and air the rooms mean more moisture and less ability to get rid of it.

If you have mould or condensation in your building, unless it’s a biological research facility, something isn’t right.  If it’s a new building, something is probably wrong with the design, or perhaps how it’s being operated (arguably good design should make it almost impossible to operate the building wrongly, but that’s another rant!).  Poor thermal envelope or ventilation design are the first things to check for after leaky roofs and pipes.  In older buildings, it’s usually more complicated because there will be more potential sources of moisture, but with care, all buildings can in theory be rehabilitated. 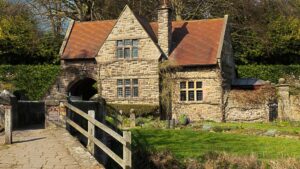 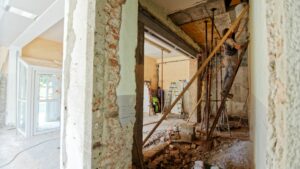 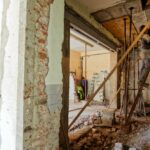 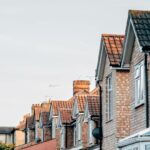 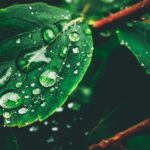 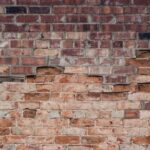