Bath is known around the country, indeed around the world, for its beautiful Georgian buildings. The elegant stone terraces – setting for Jane Austen novels and tourist selfies alike – are almost all listed – even down to the railings outside.

When designer and developer Claire Collins bought one of these Bath stone houses to convert into maisonettes, she was taking on a Grade II listed building – and one literally around the corner from the iconic Royal Crescent. Updating a listed building is inevitably a challenge.

People may love the look of 18th century buildings but they tend to want 21st century comfort – provided by 21st century services. They’d rather not see the services, though – and the conservation officer would rather not see them either! And Claire was clear the building services would have to be tip-top. In a desirable city like Bath, buyers tend to have a big budget and high expectations. Condensation or noisy fans would be a no-no.

Claire Collins called in Bath-based building engineers Greengauge to help her give her buyers what they would be expecting, without falling foul of the conservationists’ beady eyes. To add to the challenge, this seven storey house was the last unconverted house in its row, and had barely been modernised.

There was no heating system – just electric radiators – and very few serviced bathrooms. This meant that the design team had hardly any existing service penetrations to take advantage of: every duct, flue and pipe that would be needed to serve the planned 10 new bathrooms, three new central heating boilers, and a number of new ventilation systems, would somehow have to be slotted in without impinging on the handsome stone exterior.

The solution that Hannah Jones and the construction team devised for the central stack of bathrooms was to create two new “chimneys” (one on either side of the house, against the party walls) – not for letting out smoke, but for extracting stale air, and the vent stacks for the toilets. Because these service routes pass through three separate dwellings, they are fire separated. But by enabling the services to exhaust at roof level, the outlets are completely out of sight.

The remaining bathrooms were to the rear of the dwelling in a popout extension, allowing a roof mounted vent to be used. In all only one new penetration to the rear wall was made. Although in the drawings the vertical service zone ran neatly up the outside wall of each storey, in an old building things are never quite where you think they are.

As Greengauge’s Hannah Jones explained, it turned out that the base of the walls was considerably thicker than the top, needing some nifty on-site adaptations to the plans in collaboration with contractor Dando, to avoid having to hack away any masonry to accommodate the pipe and ducts. The upper two flats are served by mechanical extract fans, and the system was carefully designed to operate unobtrusively. The dwelling’s natural infiltration was relied upon to provide makeup air as trickle ventilation through the listed windows would not be acceptable.

Acoustic attenuators were installed behind fans to prevent fan noise from travelling between rooms – or between flats. Use of steel rather than corrugated plastic ducts improved the air flow and provided for an installation that should be durable over the very long term. “We did find in one case that we needed a larger MEV fan that we had initially thought though, because it had quite a long duct run, which meant it had to work harder,” Hannah said. “It is important for acoustic reasons that a fan is not having to run at high speed – it is much quieter if you use a larger sized fan to do the same job.”

“Being underground it is a really high risk location for condensation, so ventilating it really well was absolutely a priority.” 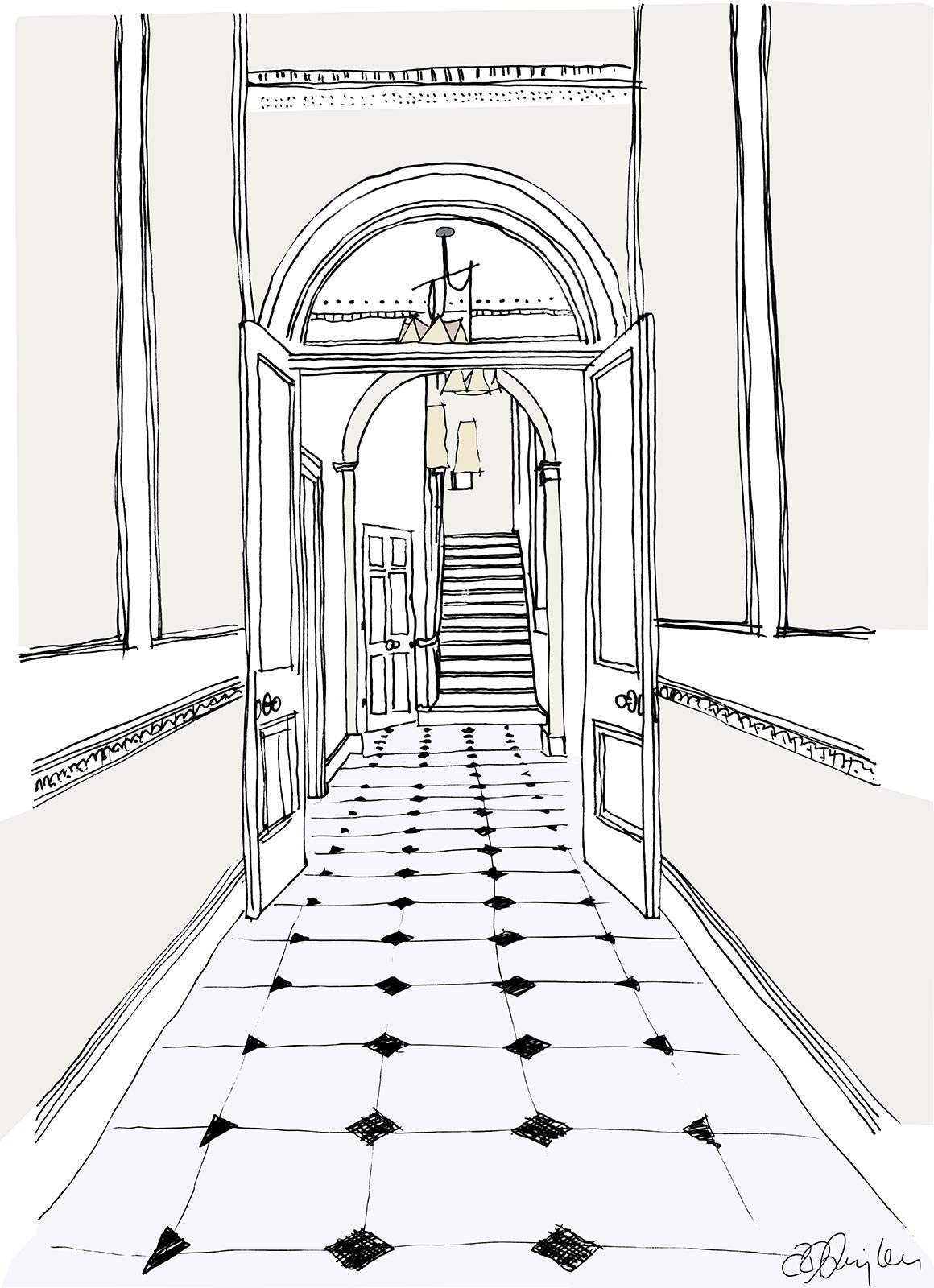 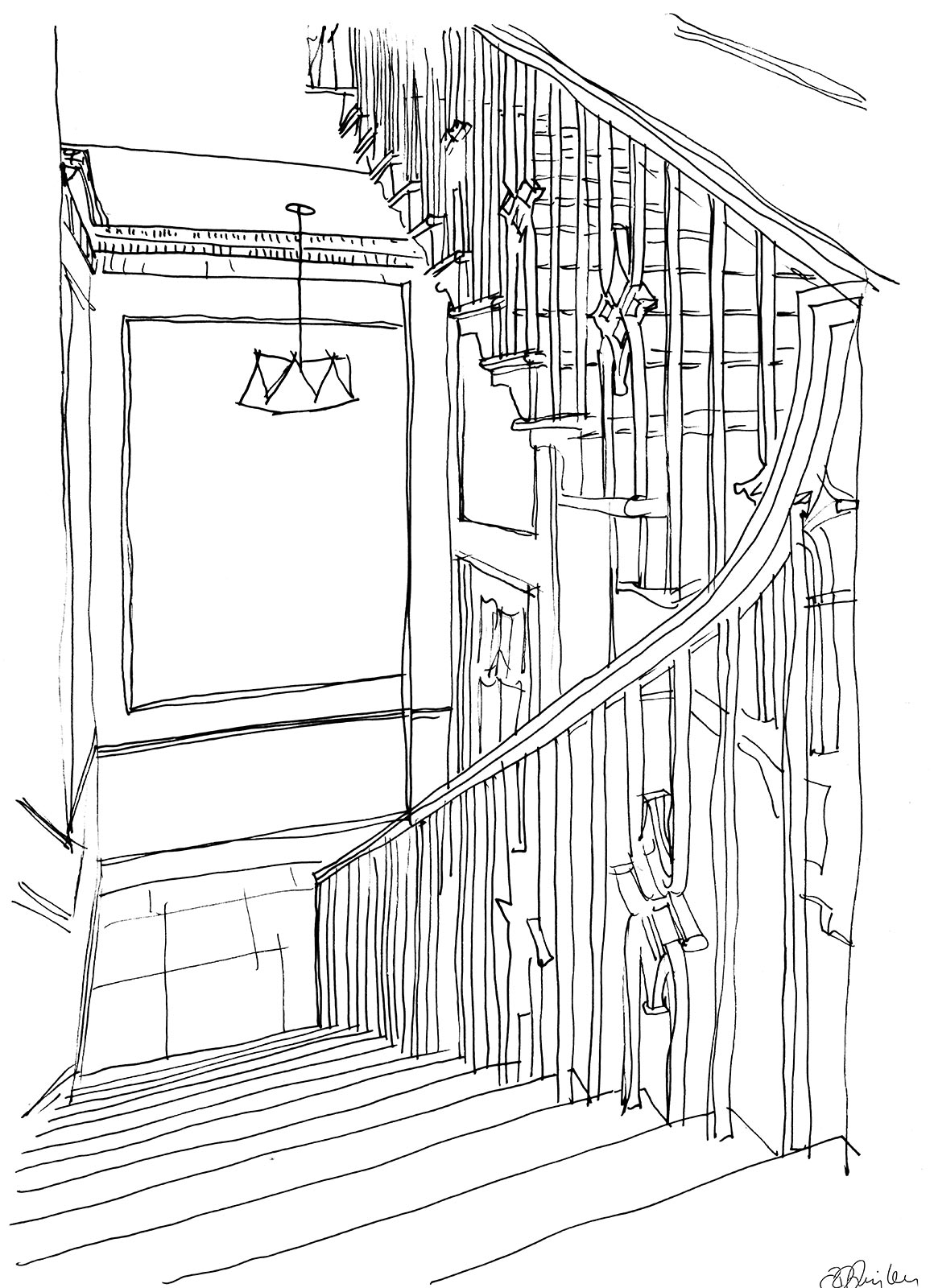 The house is on a sloping site, so what appears to be ground level at the front actually has two storeys below it, the semi basement and sub basement, opening out at the back on to an attractive garden. At the front the sub-basement level extends in two handsome vaulted cellar spaces that run under the street. One has been retained as a wine cellar, and the other has been converted into an eye-catchingly luxurious bathroom.

Ventilating this space effectively was absolutely critical. There is no natural ventilation underground, so every bit of moisture would have to be extracted mechanically and replaced with warm, dry air. “The bathroom was very carefully tanked and beautifully done – it was a selling point of flat – but being underground it is a really high risk location for condensation, so ventilating it really well was absolutely a priority,” Hannah Jones explained. “We needed to move a high volume of air, continuously, so heat recovery ventilation was the obvious strategy.”

A dedicated MVHR unit for the bathroom and adjoining bedroom was installed. Here it was possible to take in and exhaust air very close to the unit, tucked out of sight below street level, under the entrance steps. The fact that the occupied – and wet – spaces extend so far below street level could have caused problems with drainage – not least because the sewer does not run below the occupied level for the full width of the house. However, careful surveying revealed that it was possible to connect even the deepest bath and toilet outlets into the sewer by gravity alone – a far more desirable and robust approach than depending on a macerator and pump. Instead just one new drainage manhole was dug into which a total of 47 of the new outlets ran via 4 new drains – along with 15 into the pre-existing drain and gulley.

Heating and hot water are via gas boilers, with hot water tanks in order to ensure plenty of hot water even with several showers and baths running simultaneously – always a possibility with several bathrooms in each apartment. Energy efficiency in the building was improved via careful restoration of the fabric – in particular the windows – to reduce leakiness and heat loss.

While the reputation of conservation officers is that they tend to prioritise the historical details above the planet, Hannah believes this will have to change – and she is not despairing: “I think some of the younger ones really do get it. And I think we always have to ask. We would like the chance to get involved in more conversions like this and to put in more energy efficiency measures. I think Claire is keen, and I believe purchasers are starting to think about it too. We just have to keep putting our proposals in front of conservation officers, and keep on asking.”