Situated in Cirencester, the Barrel Store was constructed around 1820 as a warehouse to serve the adjacent brewery, which closed in the early 20th century. By the 1970s, the derelict but solidly built Cotswold limestone building narrowly escaped demolition and instead was converted into a theatre. The building sustained this use for several decades, but the theatre recently closed as it was no longer fit for purpose.

The New Brewery Arts charity, which had managed the theatre along with two other nearby former brewery buildings, decided to convert the Barrel Store into a youth hostel. This use would provide much needed affordable and stylish visitor accommodation for people attending New Brewery Arts courses and workshops.

We provided a complete holistic advice package on the remodelling and retrofit of the Barrel Store, the first and only Passivhaus certified hostel in the UK.

Completed in 2016, the exceptionally performing building won the Cirencester Civic Society Design Award 2016 and is a finalist in the UK Passivhaus Awards 2018. But these accolades belie a humbler beginning.

“Greengauge is at the forefront of Passivhaus and is miles ahead of any other consultants we’ve worked with.” 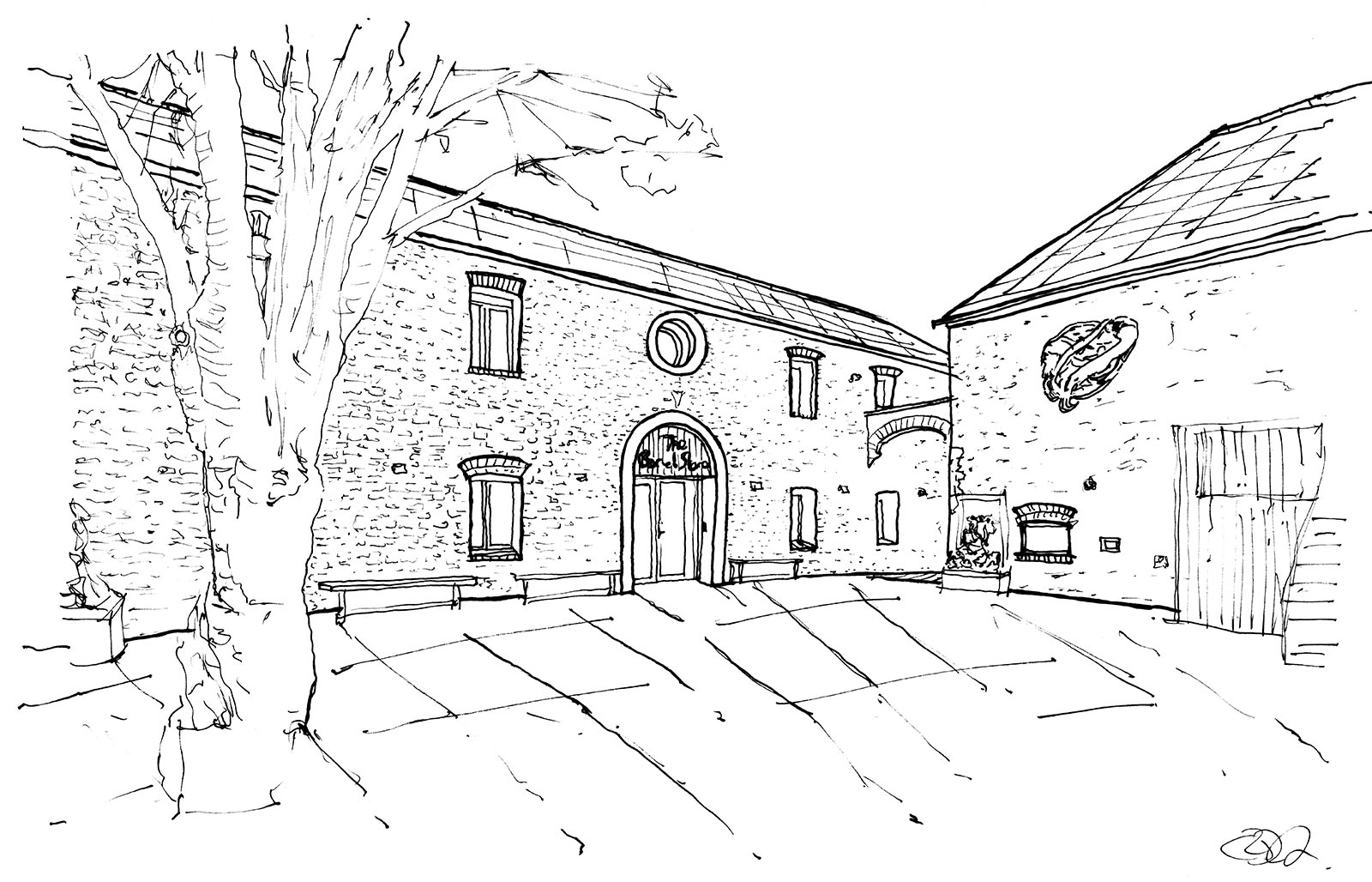 The ambitious scheme put together by Greengauge and Potter Church & Holmes Architects proposed a Passivhaus Enerphit retrofit for the building.

“I believe our proposal was chosen because it was the only scheme that included Passivhaus,” says Peter Holmes the Architect and director at Potter Church & Holmes Architects. “It may also have been that we proposed a ground-breaking, low energy hostel that would attract people and would result in minimal running costs. We were a good, local team of consultants that were very committed and enthusiastic about the project.”

The project brief was fairly straightforward, asking for a hostel that provided 48 beds, a kitchen, dining area, entrance, laundry, office and storage. But a Passivhaus Enerphit retrofit is inherently more difficult than a new build.

Thankfully, this project was simpler than most retrofits as everything internal was stripped out leaving the building’s shell, which was in good condition. Two new floors were formed requiring new load-bearing internal structures and the roof space was used to house the mechanical plant.

“This project touches on all of our key services,” says Toby Cambray, co-founder of Greengauge. “We did all of the M&E design, the Passivhaus consultancy, which involved specifying and doing the calculations for the insulation, the triple glazed windows and supporting the architect in the detailing. We also completed a moisture risk analysis using WUFI [a specialist software tool which simulates how moisture moves through a building’s structure].”

Despite the brief’s simplicity, the project still had its own unique set of challenges. One of the most testing aspects involved the insulation. Given that the building is situated in a conservation area, the insulation required to help achieve Passivhaus could not be fixed to the outside of the stone building. Instead, it had to be fixed on the inside.

This decision had a knock-on effect on the hostel’s proposed layout. As the building is long and narrow, the insulation thickness required would take up valuable internal space resulting in fewer beds.

The realised scheme provides 14 bedrooms, 13 with en-suite bathrooms, and 48 beds, while still insulating to the level required for Enerphit. A semi-circular oak staircase lined with ash boarding, like a barrel, was introduced into the centre of the hostel. This high quality architectural feature elevates the interior and draws in daylight via a new rooflight.

Internal Wall Insulation (IWI) has to be specified carefully because the masonry behind the insulation in a heated building will become colder than before. This increases the risk of moisture accumulation and slows down the rate at which the masonry can dry out. This in turn can increase the risk of mould and damage to the existing stone, new timber structure and the insulation.

To this end the solution employed involved the construction of a highly insulated timber-framed ‘building’ inside the existing stone walls. This structure was built off an insulated concrete slab, which helped to thermally isolate the new timber structure from the ground and walls. The semi-basement was filled in with compacted granular material and 350mm of polystyrene insulation below a concrete raft to create level access.

The specialist skills offered by Greengauge played a major role here by modelling the proposed structure in WUFI to check how it was likely to perform.

“We had to make sure we managed the risk of moisture accumulation,” says Cambray. “The dynamic movement of water, vapour and liquid form is something that the WUFI software can assess, which other simpler assessment methods don’t.”

Minimising thermal bridging and ensuring air-tightness in the building were other critical factors that helped to achieve Passivhaus. Greengauge drew up two-dimensional models of proposed key junctions using the THERM software to analyse heat transfer and to evaluate any potential problems with condensation and moisture risk.

Hot water demand at the Barrel Store was anticipated to be high given its hostel use. Greengauge specified a direct gas-fired water heater that heats a 370-litre cylinder, which supplies approximately 40 showers in two hours. Some of this heat is diverted into space heating when needed. A small 10kw plate heat exchanger takes heat from the cylinder and sends it around the hostel’s small radiator circuit.

Like all Passivhaus projects ventilation is important. This is provided via two mechanical ventilation with heat recovery units, which serve the left and right halves of the building. Ventilation is demand controlled based on relative humidity and is supplemented with fresh air via the windows.

At the forefront of Passivhaus

Another contributing factor which helps to achieve Passivhaus certification is a good builder. One who is meticulous about ensuring against air leakage and keeps a clean, dust-free site. David Gilkes, managing director at DJP Construction, who was the Barrel Store builder, says it was the first Passivhaus project he had worked on and he is now a Passivhaus convert.

“It was a very rewarding job and it has had a huge impact on how we construct other projects,” says Gilkes. “We realise that to achieve Passivhaus is not as difficult as we had thought as long as you follow specific criteria. Toby [Cambray] at Greengauge was fantastic and because of his knowledge and experience in Passivhaus he was very considerate and supportive. Greengauge is at the forefront of Passivhaus and is miles ahead of any other consultants we’ve worked with.”

Holmes agrees adding: “Greengauge is not just a services engineer, it also has energy consultants with specialist knowledge about low energy buildings. They are a young firm that is growing very fast and has a really interesting range of skills. This broadening skills base within this overall area of expertise is uniquely theirs.”

The Barrel Store has received only positive feedback from guests. Many regard the Passivhaus aspect as a novelty and particularly enjoy its eco-friendly credentials.

The energy efficiency of the hostel means that the client should use less than 50% of the energy of a traditional construction. The client has confirmed that the building requires very little maintenance, which maximises the time the hostel is open. This is particularly important as the Barrel Store forms an integral part of the New Brewery Arts financial model; its efficiency therefore directly benefits its charitable organisation.